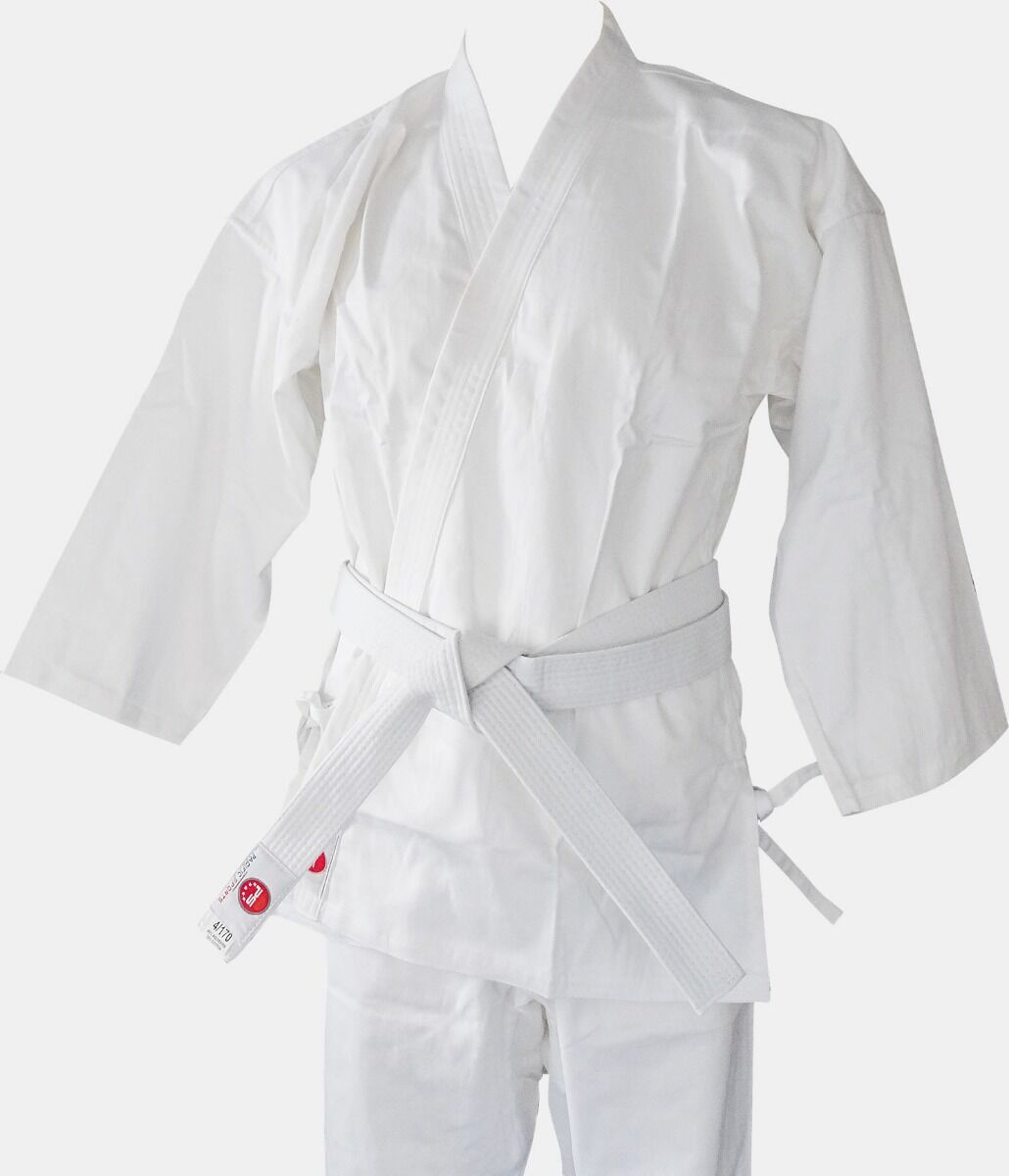 Entering the world of martial arts is an extremely exciting and exhilarating experience. Regular training helps to create structure as well as develop good physical and mental health. But for someone new to this domain, selecting an appropriate outfit, Karate uniform or Taekwondo uniform can be a daunting task. Martial arts websites and stores are filled with a range of different uniforms so you might ask yourself, which should I choose.. Karate uniform or Taekwondo uniform?

Although the types of uniforms look very similar in style, they carry a vast array of differences that make them suitable for the specific style of martial art they were made for. So yes it does matter which style, karate uniform or Taekwondo uniform that you buy.

Due to the popularity of karate in pop culture, beginners may associate all martial art uniforms with the karate uniform (also known as the karate gi). Below we discuss the differences between the karate or taekwondo uniform, and we discuss the importance of selecting an appropriate uniform.

Karate is a type of martial art hailing from Japan. It translates to ‘empty hands’. It is a combat form that is fought with the absence of weapons just as its translation denotes. Karate is known to be a striking art. It uses punching, knee strikes and elbow strikes, kicking and blocking techniques.

The karate uniform or gi is made up of two pieces of clothing: a loose-fitting pair of trousers and a loose deep wrap-over jacket. The jacket fastens with ties on either side and held in place with a coloured belt. The colour of belt is dependant on the rank of the individual. These uniforms are available in 100% cotton or a more affordable blend of cotton and polyester. They are available in a variety of colours, however white remains the most popular choice. In addition to the basic lightweight, a karate gi is also available in light, medium or heavy weight cotton canvas. Wearing a karate gi helps to foster a sense of belonging and community between participants. It also ensures boundaries are kept in place between teacher and students with the addition of the different ranks of belts.

Taekwondo is a combat form that evolved from the influence of karate. It originated in Korea and it is also an unarmed combat form. It translates to ‘the way of the foot and fist’. Just like karate, taekwondo uses punching, kicking, striking and blocking techniques. However, while karate’s focus is on striking, the main focus of taekwondo is placed on kicking techniques.

The taekwondo uniform was heavily influenced by the karate gi. Known as a dobok, it is also comprised of a jacket, trouser and ranking belt. However unlike a karate jacket, the dobok jacket is available in a shirt-like v-neck as opposed to the open jacket style of a karate jacket. Another difference between the two uniforms is that the dobok is available in light weight materials, not in the cotton canvas fabric. Both of these different aspects allow the participant to move more freely and execute their kicking strikes without fear of their jacket becoming loose. This makes for a more comfortable experience and allows the participant to reach their full potential.

So, does it matter if you buy a karate uniform or Taekwondo uniform? YES! Most schools will have rules about which style of martial art uniform they want their students to wear. So don’t buy without first being sure you’re buying the right style of uniform.

For further guidance when purchasing a uniform, please do not hesitate to contact us at Pacific Sports. We would be more than happy to guide you through the process.